“This was a really meaningful testament to the healing power of art. You are heroes!”
— City of Austin Cultural Arts Division

On Nov. 12, 2016, we had our first gig after the 2016 presidential election —  the National Arts Marketing Project‘s annual conference in Austin. Ordinarily that would be amazing, but we weren’t sure what to expect, and it felt weird, because so many people were hurting. 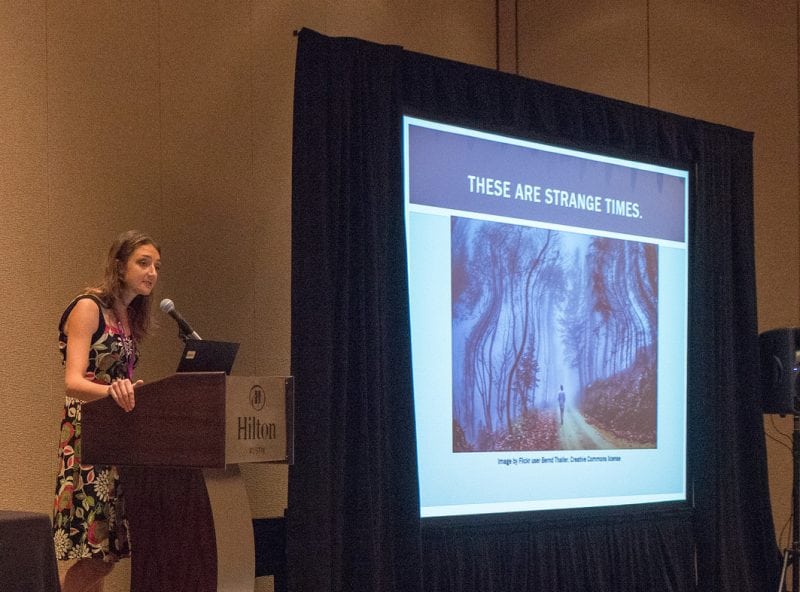 They stuck us in a tiny Harry-Potter-like spot under the stairs, and that seemed kind of fitting: Yeah, after this election, poetry doesn’t really have a place anymore. 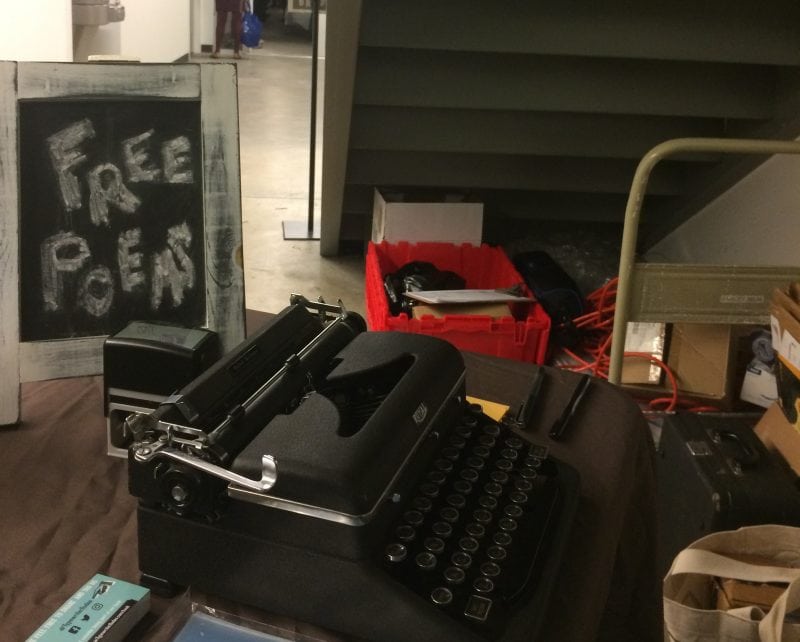 But then, folks started trickling over. There were people from all across the country — Milwaukee, L.A., South Carolina, Arizona, Kalamazoo, New York, D.C., Dallas, and more.

Some of them asked for political poems, like “Being Canadian in a Trump America,” “Warrior Women,” or “The Politics of Being Blue.” Others wanted poems about their pets, kids, their ta-tas (yup), or even “Eskimos and Pantyhose.” 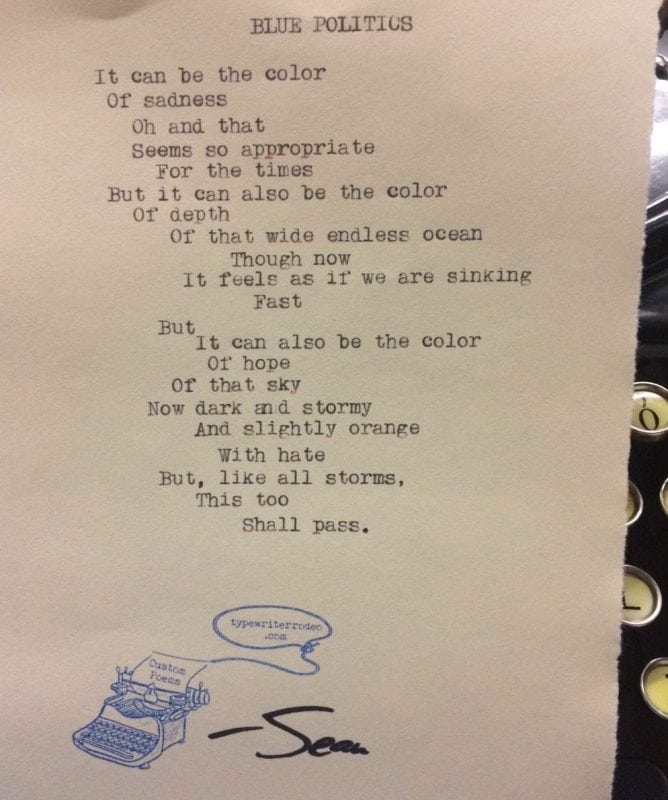 It was great, cathartic even, to write all those. There were lots of hugs, some tears, and of course laughs. Most people seemed relieved just to be doing something with that kind of connection. We sure did. 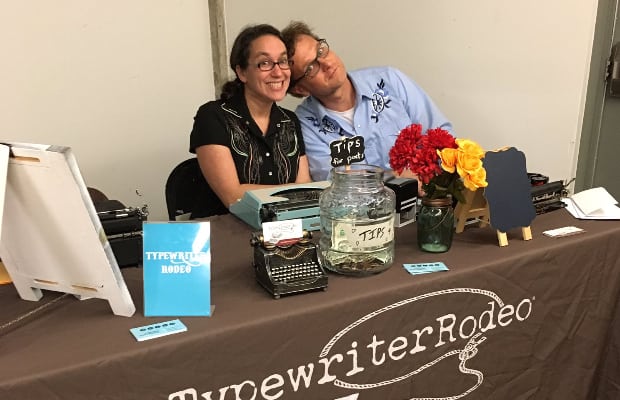 It was even stronger because we were all strangers, from all different places. That was probably the first time most of us had met face-to-face — instead of the often-angry online world — with people from outside our tiny bubbles since the election. It was like, “Yeah, hey, we’re all still in this … together.”

By the end we had a long line, and when we said we’d stay past our stop time to get through the end of it, they all let out this huge cheer. It probably sounded louder because of the echo-effect under the stairs, but it was still a much-needed reminder. 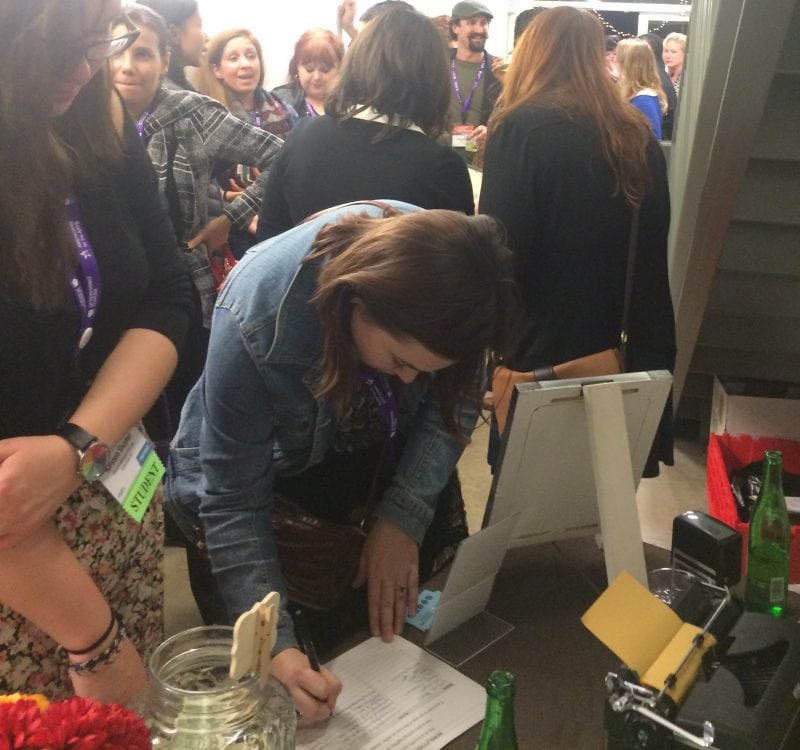 As Neil Gaiman says, “When things get tough, this is what you should do: Make good art.”

And for us, that night after the trauma of the election, with all those people from all those corners of the country, we got to make good art — face-to-face and together.

All materials copyright © 2022 Typewriter Rodeo. All rights reserved. Website by Websy Daisy.
MENU
Gift Poems
To order, please fill out the form below and click “Submit.” You will be redirected to Paypal to pay. If you have any questions, please email us.