“Thank you again for making the Art Fair a more enjoyable event for so many!”
— Frances Gifford, Alki Art Fair Director

We’ve typed at all sorts of Seattle arts & music festiveness! 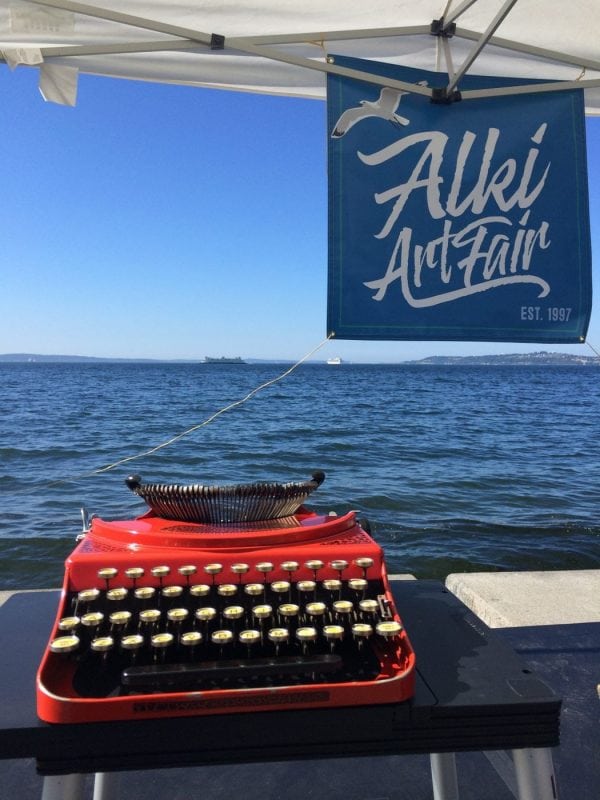 At the Alki Art Fair, Sean’s poetry table was nestled near Alki Beach, as hundreds of fair-goers wandered by on a sun-drenched weekend in West Seattle. Poem topics ranged from the free press to sarcasm, the mountains to humor, and of course Seattle: 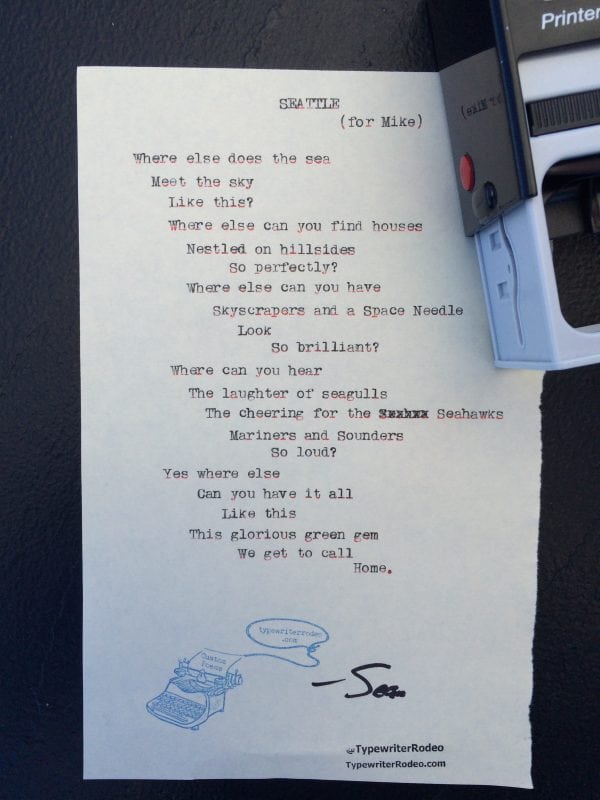 Sean occasionally types poems at the West Seattle Farmers Market in Alaska Junction. That has provided some of the best topics and poetry moments — and some of our youngest fans: 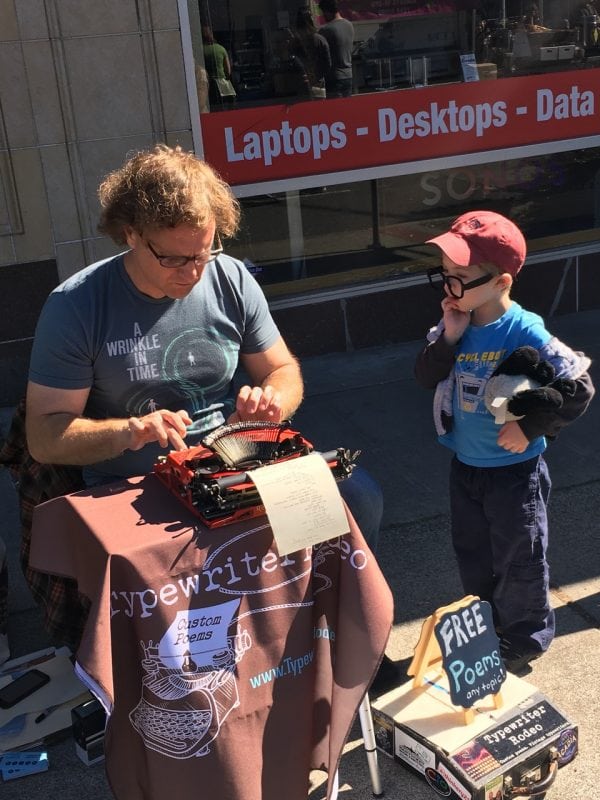 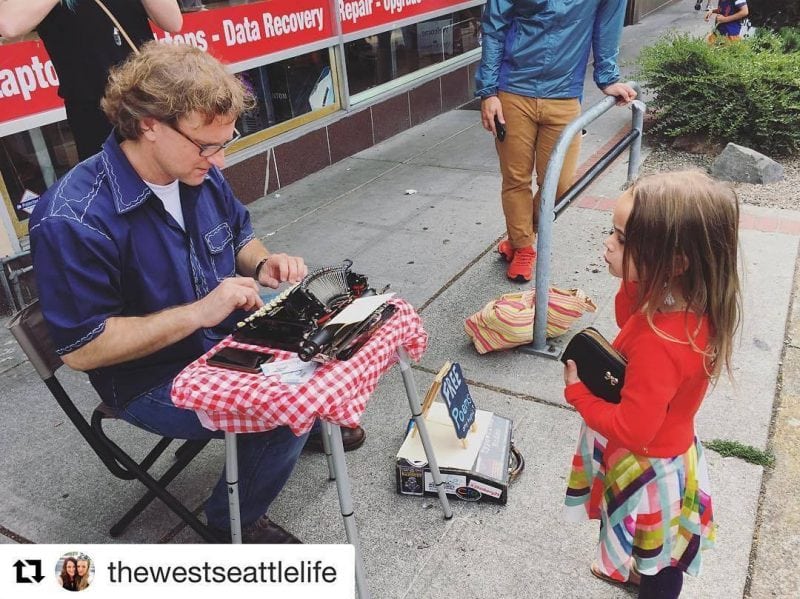 One memorable market morning, a couple came up and pointed to their friends nearby. “We’re pregnant,” they whispered, “but our friends don’t know. Could you write a poem we can use to tell them?” Of course! 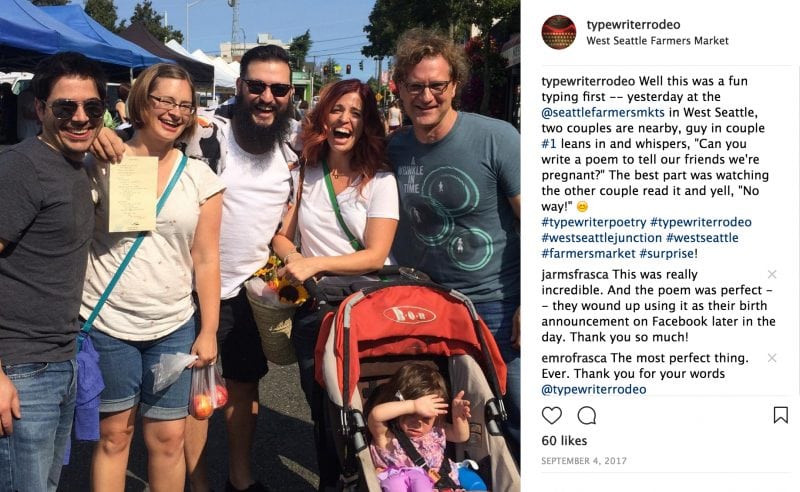 For the Seattle Mini Maker Faire, we got to set up at the Museum of Pop Culture, in the literal shadow of the Space Needle: 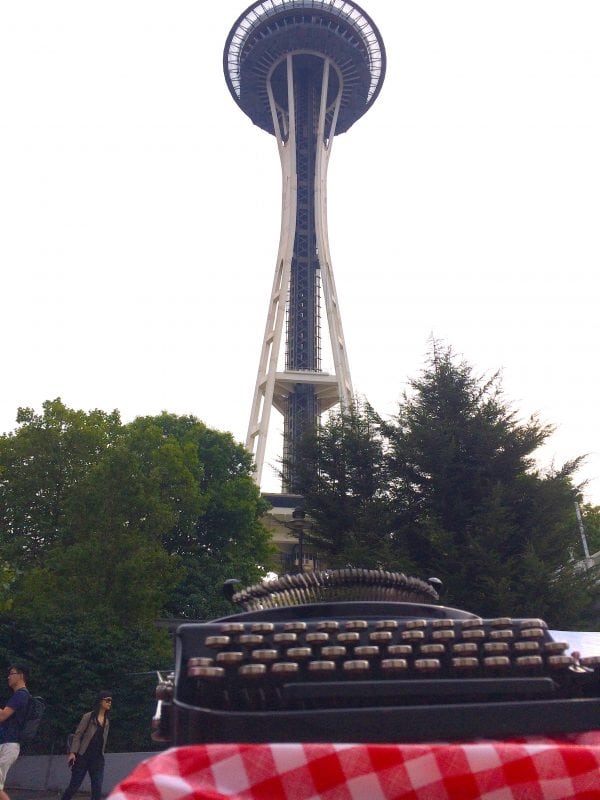 The poem topics were all over the place, ranging from experimental drugs to Doctor Who, from robots to Alice in Wonderland: 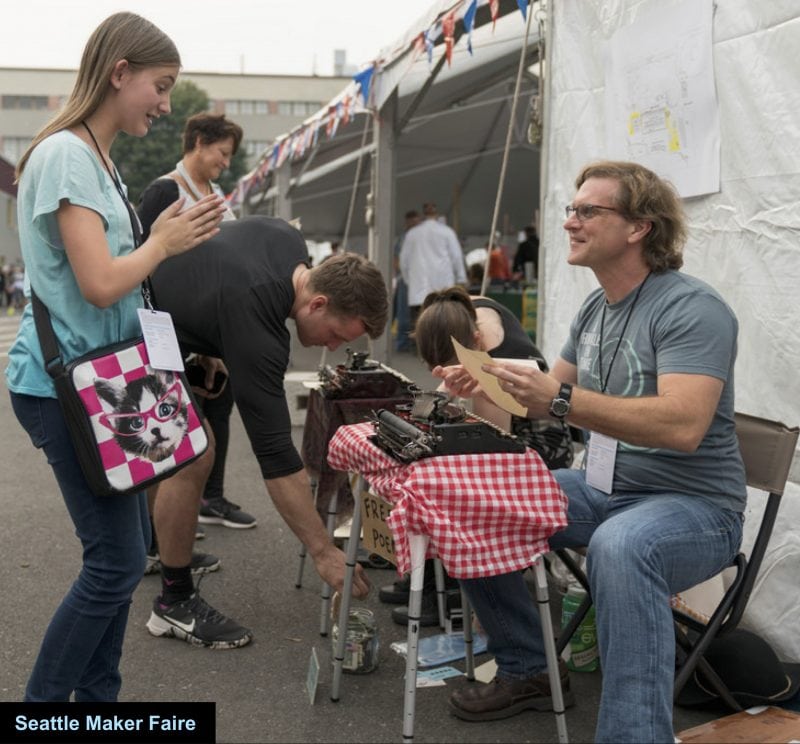 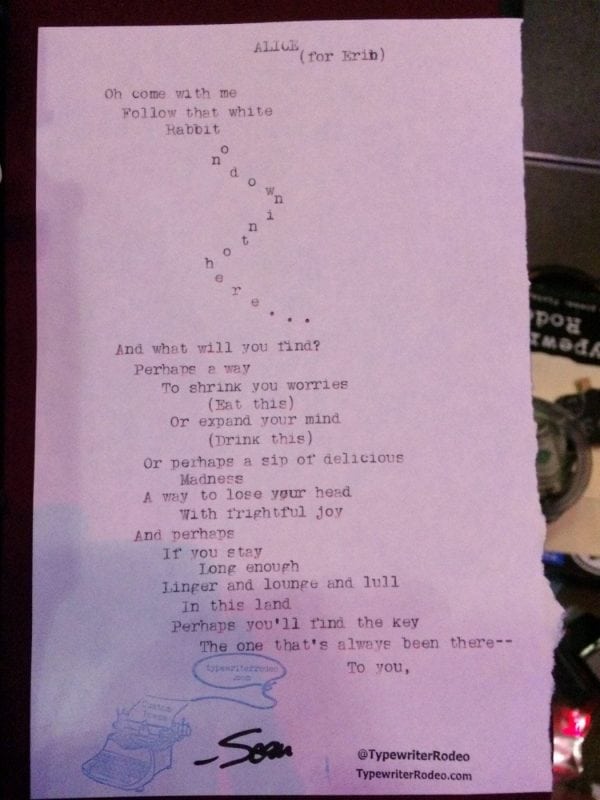 One of the most fun poem-typing nights ever was at The Parliament Tavern in West Seattle’s Admiral Junction, for their St. Patrick’s Day celebration. Sean teamed up with local favorite band South Sound Tug & Barge, set up at the back of the bar, and typed poems for patrons throughout the music-filled night: 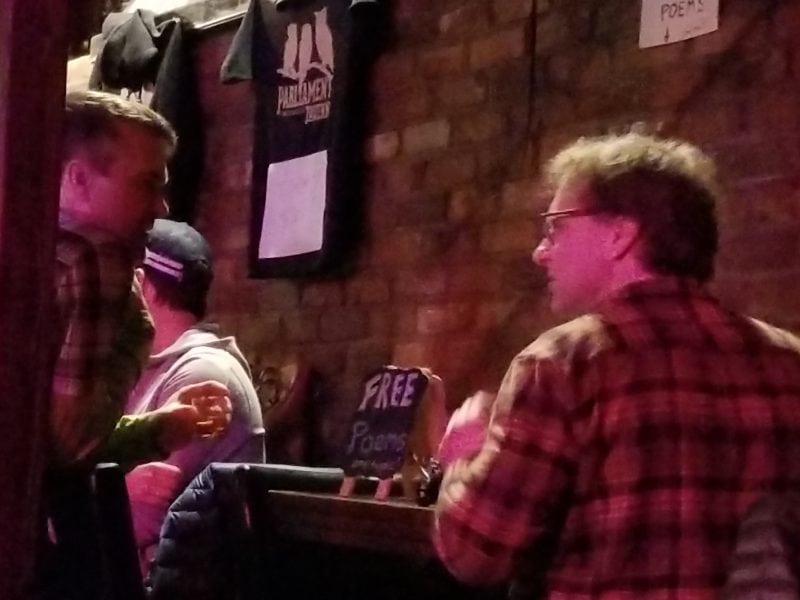 Between sets, he went up on stage and read a few — to lots of sweet cheers from the crowd: 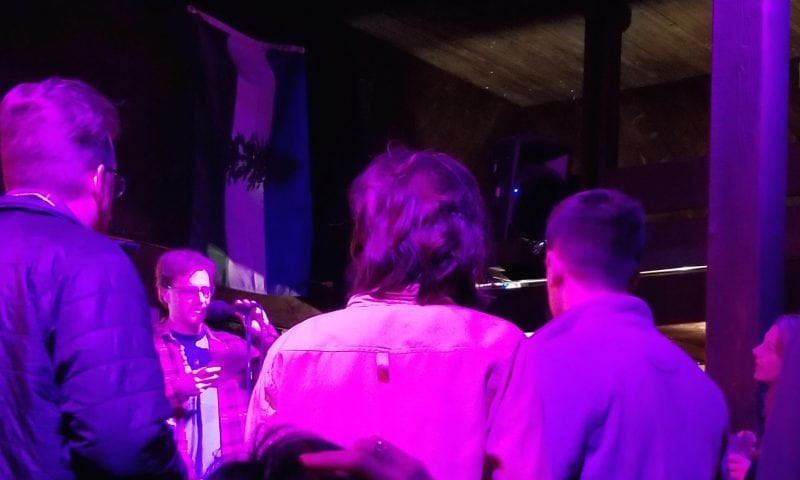 Here’s one from that night: a tribute to The Parliament — and its uniquely-placed urinal. 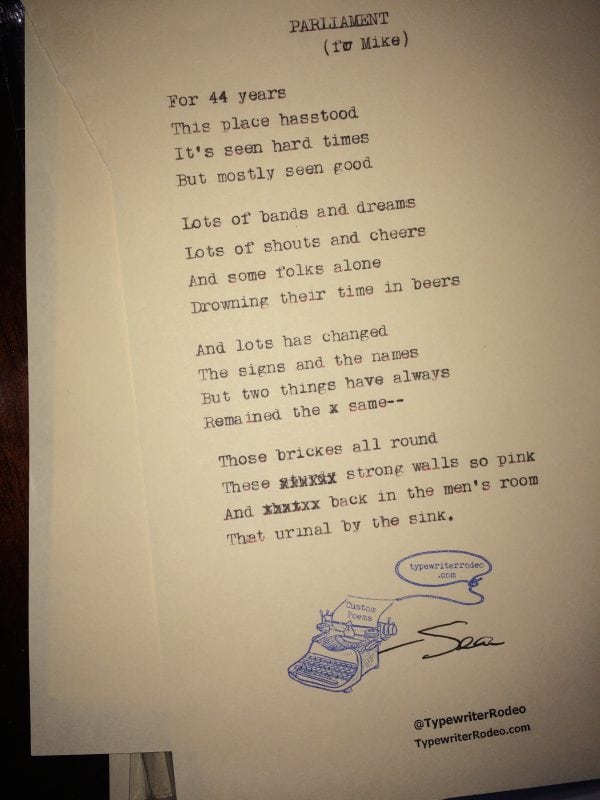 “That was pure fun — your typewriter and poeticism were the extra cool cherry on top of our St. Patrick’s Night show.”
— Scott M.X. Turner, South Sound Tug & Barge

All materials copyright © 2023 Typewriter Rodeo. All rights reserved. Website by Websy Daisy.
MENU
Gift Poems
To order, please fill out the form below and click “Submit.” You will be redirected to Paypal to pay. If you have any questions, please email us.